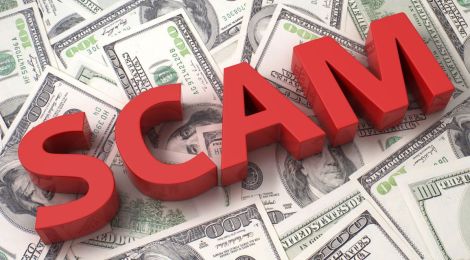 The Wayne Police Department is alerting area residents to a seal-coating scam that travels from town to town.

According to a village of Wayne news release, the scams are commonly executed by mobile crews that rarely stay in one area.

“These individuals will hit a specific area or neighborhood and once they have worn out their efforts, they pick up and move to the next town or state,” officials said in a news release. “This group of men approach a home and smooth talk the homeowner into allowing them to reseal their asphalt driveway.

“These people are very persuasive and typically target the elderly population. Their sales pitch can include telling the homeowner that they will give them a ‘cut rate price’ just for today; or they were working in the area and saw that your driveway needs resealing. This group usually uses cut-rate products and also asks for payment before they begin in the way of cash or a check made out to cash.”

Wayne police said the scam was “detected and deterred” before any residents became a victim.

“We suggest that if anyone reaches out to you to provide this service, be suspicious,” officials said. “There are many reputable companies that you can contact. Remember: If it sounds too good to be true, it usually is.”

Solicitors in Wayne [and Maple Park] are required to have permits. If a resident is approached by someone who is soliciting without a permit, officials ask that you contact the Wayne Police Department at 630-584-3031 or call 9-1-1.

The Village of Maple Park uses Blackboard Connect, so that residents can receive emails calls and/or texts with vital village information. If you haven’t already sign up, please go to Maple Park’s website or call the village office at (815) 827-3309 and we will get you signed up! Need assistance repairing your home or business after the storms and flooding? Click here for more info